I just finished a four-day trip to Beirut, Lebanon for work. It was such an intense experience. My family immigrated from Lebanon about 100 years ago and this was my first time visiting the “homeland.” So, you can imagine my excitement leading up to the trip. This excitement grew tenfold during the plane’s descent into the city, which offered stunning views of snowcapped mountains and a beautiful Mediterranean shoreline. Despite the short stay, I explored and experienced many great things in this amazing, cosmopolitan city.

The purpose of the visit was to meet with Beirut-based arts organizations and to explore potential collaboration. The four organizations we meet with – Zico House, the Arab Image Foundation, Beirut Art Center, and Ashkal Alwan – are all pioneers within their areas of art production, documentation, and presentation. Each organization has inspiring and visionary leaders, which leaves me very optimistic about the possibility of working with these institutions in the future. There is much work to be done in documenting and further developing art production and appreciation within the Arab diaspora.

In addition to the meetings, we (I traveled with a colleague) spent a great amount of time exploring the city. Beirut is an amazing juxtaposition, in so many ways. One of my favorite things to do when visiting a new city is to explore it by foot. Speaking to this, we logged numerous miles each day trekking from neighborhood to neighborhood. Some highlights include walking the Corniche and viewing Pigeon Rocks from Raouche; visiting Saint George Maronite Cathedral; standing in Martyr’s Square while watching the memorial service for Rafic Hariri on the seventh anniversary of his assassination; discovering Roman ruins, which included baths, a cardo maximus and colonnade in the central business district; walking through the beautiful campus at the American University of Beirut; experiencing the amazing architecture and diversity of the numerous religious institutions downtown; spending time in the monumental Nejmeh Square; and learning about the city’s archaeological past in the crypt museum at the St. George Greek Orthodox Cathedral.

In hindsight, walking is really the only way to experience Beirut. Cabbies will summon you with “Taxi! Taxi!” on every street corner. However, despite the lack of public transportation and the thrill of a hair-raising jaunt through the city’s congested streets in an overpriced cab, I recommend only riding in a taxi when traveling longer distances (two miles or more). Otherwise, you’re missing out on a great opportunity to truly appreciate Beirut.

I also enjoyed exploring the Lebanese culture through food. I had the pleasure of dining at local institutions, including Cafe Younes in Hamra, Le Chef in Gemmayzeh and Falafel Sahyoun in Ras El-Nabeh (the latter two were featured on Anthony Bourdain’s return trip to Beirut). A breakfast of freshly baked menaeesh from a corner vendor is a must; the zaatar spice mixture is simply amazing. Bliss Street near the AUB campus offers many cheap but delicious restaurants including Food 101 and Zaatar w Zeit. And then there are the numerous sweet shops offering delectable treats! And, last but not least, there is Tawlet at Souk el Tayeb. This restaurant is an open kitchen where each day a local producer/cook prepares typical food from his/her region. Suzanne Doueihy and her husband Sarkis served an amaging Zgharta-influenced meal that included kebbeh nayeh, kebbeh bassalieh, batata mehshieh, moujaddara bi loubieh, el’ass bi toum and maamoul mad bi loz. Tawlet is not to be missed when visiting Beirut.

I really hope I’ll have the opportunity to return to Lebanon sometime soon. In addition to a more in-depth exploration of Beirut, I want to get out of the city to visit Jbeil (Byblos), Tripoli, Tyre, and Baalbek, as well as Hasroun (my family’s village) and Al-Arz (The Cedars) in the mountains. So much to see and experience in this small country…Here are a few iPhone pix I took during my stay. Stay tuned for more pictures from the trip.

Travel references: my map and Foursquare list for Beirut 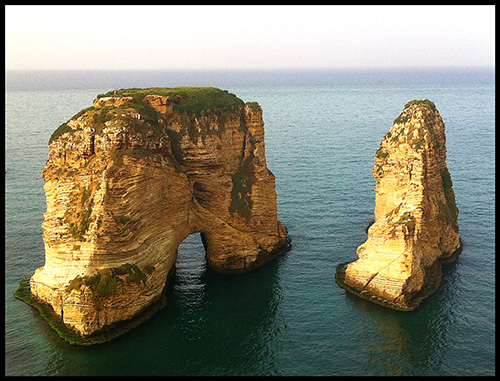 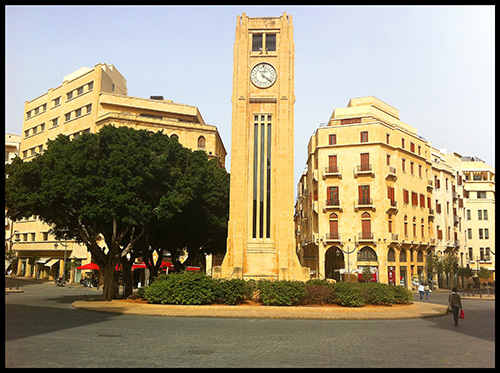 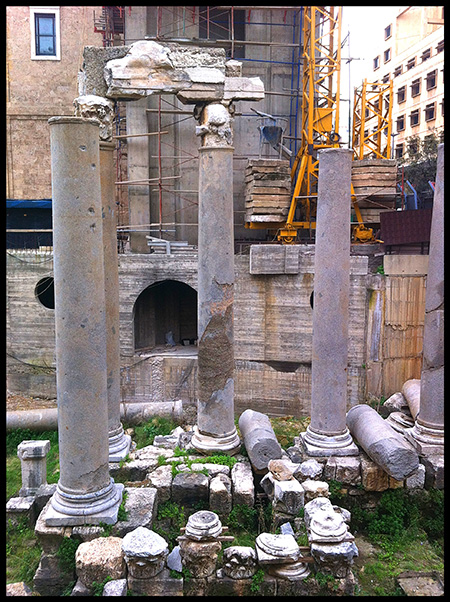 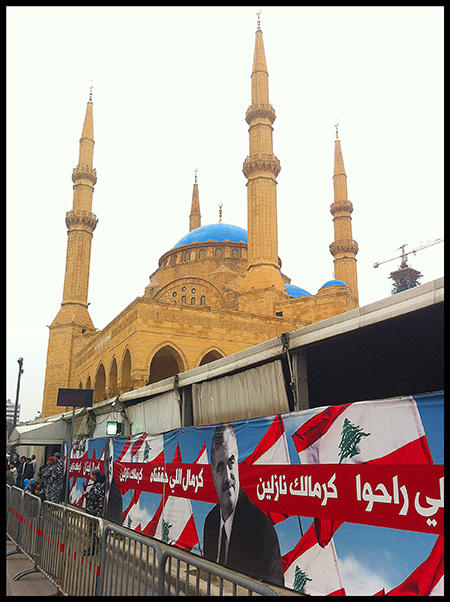